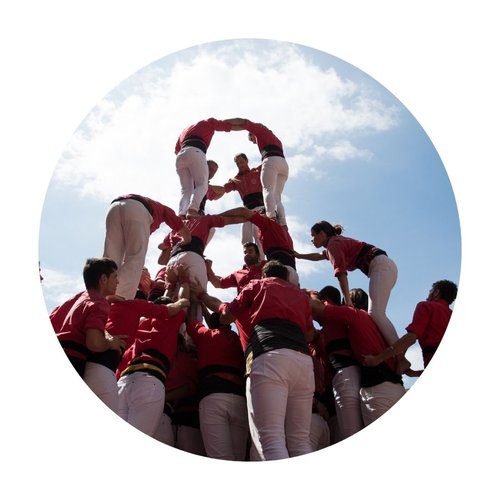 We’ve worked with a lot of different teams over the years. Some good, some well, not so good. While you’re going through your daily routines, fire fighting, project work, the usual “work stuff”, it can be hard to figure out what it is that makes your team so effective, or not.

The best model that we have come across and one that provides the most pragmatic advice and structure, is the Five Behaviours model that was developed by Patrick Lencioni.

Avid followers will know that we’re a little bit in love with Patrick. And he has great teeth.

The model gives us 5 layers in a pyramid – and they are layered intentionally as you can’t have the next layer until you have a solid basis on the layer below. Makes sense. As you go through the behaviours he describes, they build incrementally.

The first behaviour is trust. This is when team members are genuinely transparent and honest with each other. Vulnerability based trust is hands down the most important element in not just building a good team, but in building a GREAT team.

Vulnerability-based trust can only exist when we have confidence that our peers’ intentions are good and that there’s no reason to be protective or careful around the team. Without it, we waste time and energy concealing our weaknesses and mistakes, hesitate to seek out help, and may assume the worst about their teammates’ intentions and abilities. We’ll go out on a limb here – we suspect most people will have experience with working in a team where there isn’t this level of trust and while on some levels it’s OK – over time it whittles away at everything like a slow rust and you will get mediocrity at best, followed by a descent into a hostile, highly political, manipulative environment at worst.

If you feel that you already have trust on your team, then great! But it isn’t a final destination scenario here. You need to consciously keep working at this. Building trust and ultimately developing culture is not something you are, it is something you do.

How can you build trust on a team?

The next behaviour is conflict. Specifically productive conflict. All relationships need the ability to handle conflict in a positive way if they are to grow and develop, and none more so than the workplace.

Most people do their very best to avoid conflict. We don’t want to ruffle feathers or be “that” person, but avoiding it means that you miss out on debate and creativity. Think of it like this; conflict isn’t about being destructive, mean or arguing. It’s about being able to find the best solution in the shortest period of time. If you re-frame it that way, it sounds a lot better right?

Once you have a strong foundation of vulnerability based trust, then the conflict needn’t be so scary. The trust is there so you don’t have to worry about what people are really thinking. You don’t have to be concerned about people getting upset with you and not inviting you out to lunch any more. Its not about personal attacks, its about healthy debate.

How do you ensure conflict is productive?

The next stage is achieving commitment. What we mean here is clarity around decisions. The problem most people have around getting commitment is that there is often a desire for consensus and a need for certainty. And in real life, it’s unlikely you will get this. Even if you don’t know what the outcome will be, and even if the whole group didn’t initially agree with this decision, a great team understands that even so, they must be able to commit.

How on earth do you do this we hear you ask?

Well, remember the trust and productive conflict you have? When a decision is being decided, the team has had the opportunity to fully debate their suggestions haven’t they? They’ve been able to freely discuss their thoughts without fear of recrimination or argument, haven’t they?? And you know what? The great thing about people, is that often they just want to be heard. Once their view is on the table, even if you decide not to go ahead with that particular suggestion, usually that’s ok. Because you’ve thought about it and have a reason why you think an alternative route is the way to go. And so people can get behind you. Commitment. Tick.

Now while this may seem like an easy one, its importance is not to be underestimated. If you don’t get commitment, if you fail to get buy-in, even the smallest gaps that seem insignificant means there will be a clash of priorities. That great idea you had, if it starts to go wrong, what will your quietly opposed team members do? Dive in and help you fix it? Or sit back a little thinking “well, if they had listened and done it my way we wouldn’t be here…..”.

And these small gaps can become BIG things. Remember that rust, eroding away at your team?

The next layer in our pyramid is accountability. In this context, we are talking about the willingness of people to call each other out. WHAT?! That’s right. And this is the area most teams I work with struggle the most. Calling other team members out on performance or behaviours that may hurt the team.. surely that’s someone else’s job, right?

We are back at having difficult conversations. Those toe curling, awkward conversations that you really don’t want to be having. Imagine telling your co-worker that her bad attitude is bothering you and she should stop moaning. How about your manager counterpart on the other team who keeps submitting their monthly reports late – how do you tell them that their tardiness is effecting your own teams results?

Well, to be a great team, you all need to be on the same page and be prepared to enter into these danger areas together. “I’ll go if you go”. Because as we know, if we have vulnerability based trust – we feel SAFE with each other. We can have hearty debate over things we don’t necessarily agree on – but having had that debate we can decide to back the decision that’s made and get on with it. And now, we are in a position where if things are not happening to support the work of the team, we can enter into those conversations now as well!

How to give each other feedback is a really important part of working in a team, but it’s something most of us are not taught. And we don’t know if its human nature, but even asking for feedback we have noticed that people tend to focus on the negative, which if delivered in the wrong way can be rather unhelpful.

We find that a better way to get feedback but to elicit it in a positive way is not to ask for feedback, but to ask for advice.

Straight away it is framed in a more positive light. Advice? Sure, we’re happy to dispense advice. Feedback, eurgh… not so sure about that one… But it’s the same thing!

How do you develop a strong culture of accountability in your team?

Results. Most teams start with the results in mind, but actually, results is the last layer on the pyramid. Results in this area are the collective team results. Not how much commission one person made, or the project that was delivered on the strength of Dave’s amazing ability to use pivot tables. It’s the collective team results that are important for team performance.

Team success happens when the team achieves what it set out to do. And this is where the team is greater than the sum of its parts.

How do you know if your team is focussed on collective results?

The key to building a good team – no, a great team, is a process. It’s the development of human relationships where individuals are respected, heard and empowered.

This model is based on the development of relationships, in how we talk and respond to each other and in order to be good at that, we need to be great at communicating with each other. We need to be able to understand one another’s perspectives, motivations and styles.

It’s so important for us to be part of a social group where we feel psychologically safe in all aspects of our lives. If we are to thrive in our workplaces, we need to remember that we are humans doing work and the human part always comes first. 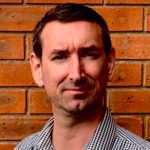